Of all the card games available in India, none matches the excitement and thrill of Indian rummy. The game is extremely popular in India and has a rich history dating back to several years. Also, called as Paplu, Indian rummy is played during Diwali Parties, Social Gatherings, Kitty parties, and even during long travels.

13 Card Indian Rummy is a card game that is played between 2-6 players. For 2, 3 or 4 players, 2 standard deck of cards (52 cards + 2 Joker) are used. For games involving 5 or 6 players, 3 standard deck of cards are used. The game involves making a valid hand out of 13 cards allotted to each player. At Deccan Rummy, you get to play the much adored Indian rummy online with live players all over India and have a chance to win extraordinary cash prizes!


The requirement of having to make a pure sequence makes Indian Rummy game interesting & very challenging. Once the game starts, every player gets engrossed in the gameplay to meet the objective.

Three or four cards belonging to same rank but different suits are said to be in a Suit. (K♠, K♥, K♣).When you are using 2 or more decks you cannot use the same card twice in a set for instance.

Running cards belonging to a same suit is called as a sequence 5♠,6♠ ,7♠ is a sequence. Ace card can be used as a higher card or lower card while forming a sequence. A sequence is also referred as life or run.

Pure Sequence is the sequence that is formed without the help of a joker. A pure sequence is mandatory for a successful declare in a Indian Rummy Game.

Joker is a substitute card which can be used in place of a missing card to form a set or sequence in an Indian Rummy game.

There are two joker cards used in a rummy game

At Deccan Rummy, players can enjoy different types of Indian variants as mentioned below

Points Rummy : Points Rummy is considered as the fastest type of Indian Rummy variant. In this variant, players play for points which have a pre-decided value. One winner wins all the cash at the end of each game. The player who finishes first wins the amount as (sum of points of all opponents) x (monetary value of 1 point) – Deccan Rummy Fee.

Deals Rummy : In this variant, players play the game for a pre-decided number of deals and a fixed number of chips are allocated to every player before the start of a game. Deccan Rummy currently offers 2 player deal and 6 player deal as two variants of Deals Rummy.

Pool Rummy : In Pool Rummy, the upper limit (101/201) for the points is preset at the beginning. The sum of the fixed entry fee paid by the players forms the prize pool. The player who remains until the end without crossing the preset limit is the winner.

Indian Rummy is multiplayer card game that you can play with your friends or real players all over India. You can play the game online by creating an account with us for free or download our Deccan Rummy Mobile app for your android and iOS devices to play rummy on the move. Now get to play your favourite Indian Rummy games on your mobile devices at all times. Playing Rummy on mobile is now a trend. Deccan Rummy mobile app is a very popular app to play rummy on the move and millions of players are already playing and winning big cash prizes. Deccan Rummy Mobile app can be downloaded from our site or through PlayStore and AppStore. 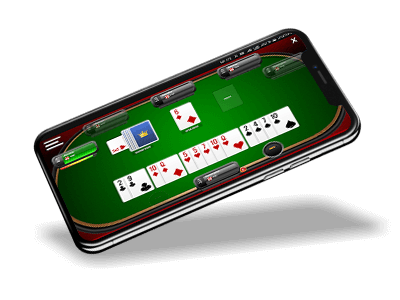 Play 13 cards Classic Rummy online 24x7 games with us & join the fun. Stay Connected with us for an incredible Indian rummy experience